That handy pile of junk. 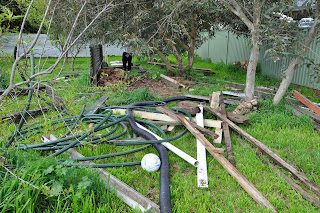 Every one has one.  That large pile of rubbish the other half decides "will come in handy"  one day..... expect often that day never comes or if it does the pile has been stacked so badly you can't actually find that handy piece of junk you needed!
Yesterday we lost a rabbit, we have a pen they run in but its not fool proof and occasionally they escape to the paddock and ALWAYS make that beeline for the junk pile and know we can't get them out and its a long waiting game!  I decided we needed to completely overhaul the pile and restack everything.  It took 2 hours and 2 of my helpful boys assisted while we transformed all this useful wood/bricks/aggie pipes and we moved all old useless lengths of wood to a pile to be chopped for firewood at some later stage. First pic is the once pulled apart picture, I wish I had taken an initial picture as it was so messy and I am so proud or the effort the boys put in as I don't lift too many heavy items.   Sadly we did not find the rabbit no sign today of her either.  :( 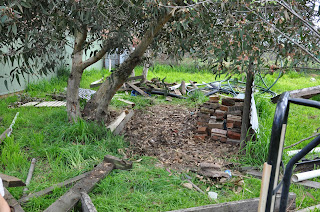 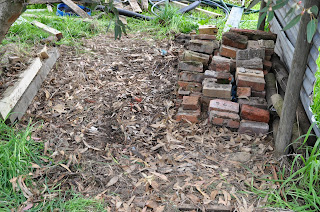 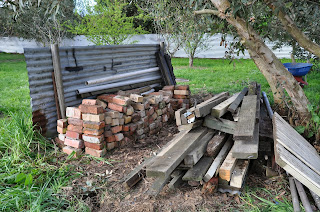 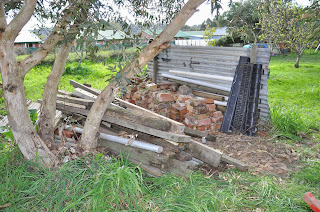