In 2015 2,500 Australians died.  This isn't entirely accurate though as stats often are not.  If someone was to attempt suicide, injure themselves and then die 4, 6, 12 months later in a related but separate instance it won't be put down as suicide.
For example, you attempt via overdose, your treated but your liver is damaged and 12 months later you pass away, it will be put down as liver failure.

PLEASE DO NOT READ ON IF THE TOPIC OF SUICIDE DISTRESSES.

Suicide is one of those topics we do discuss often enough  In my immediate family we have broken this stigma and smashed it to pieces. It my extended family the stigma is well alive.

I first overdosed at 14. I had been through abuse from at that stage 3 boys at my school, a female adult and then 2 male nurses in a adult acute psych hospital.  I was done. It was a serious attempt I told no one. There as no point. I didn't feel there was anything that could be done to help me at this point and I wanted to die. This was the early 80's.

I woke a week later in ICU in Box Hill hospital, I couldn't talk or walk. it took a few days to manage this and the nurse I had was incredibly awful to me, when I could finally get to a shower I fell, she laughed as I hit the ground. That began my experience with stigma. My mother picked me up in the car when I was well enough to go home she was was rarely angry.
I was told, we would not discuss what I had done and I was made to feel shame for what I had done.

I found other ways to cope and subsequently ended up with an eating disorder.  I do not blame my parents. That was how parenting was done then.

I attempted again in my early 20's this was the beginning  I believe of my Bipolar emerging.
I don't want to make out my entire life was up and down and thoughts of suicide or elevation. It wasn't like that at all. But suicidal ideation is something I fight a lot. I spent most of 2015 struggling with it until I gave in 3 times, on reflection its one of the most embarrassing things you can attempt suicide do it took while for me to see that. In one attempt I had Police and Paramedics find me.  All I could think a few days later is how messy my car was. If you know me and have been in my car during mandarine season you will be cringing right about now.  I only clean it once a month. It was woeful. I was so embarassed.
Another time my husband had to give me mouth to mouth. I didn't get told this until weeks maybe months afterwards because he was so angry with me. I think I was breathing so probably didn't need this and I am so OCD about people's air going in my mouth...

My last attempt after multiple other issues accumulating at once was earlier this year again I had gone into depression, I was physically and mentally done. Only this time for the first time ever I remained awake. I overdosed in the psych ward. I am not laying blame this was 100% my fault. As were all my attempts. As a team of ICU people were called and I ripped my clothes off trying to stop the maddening itching from a full packet of mega strong back pain medication.  I got hot, really hot, then thought my heart would come out my chest.  I kept hearing them say "shes Tachy" as my son has a low heart rate and so do I normally I knew that was probably not great as they asked me "do you have any heart problems normally". I wasn't scared or worried, but ultimately I overdose to sleep, I fear psych, they had put me in to get help and I panic all I heard was I might have to stay a couple of days so a part of me thought ok we overdose sleep a couple of days wake up and leave after a couple of days, lol. Not very rational I know. I wondered when was the sleep coming why was I still awake?

The following day a professor came to the hospital side I was readmitted to the "normal" part of hospital and trust me no one wanted me - I heard the conversations - more stigma and the embarrassing part is at the time and I might add the ICU Doctor was nice he wasn't awful at all but once they had injected me with whatever they did to stabilise me to get me over to normal hospital - located next door the professor said "you might have done tons of liver damage don't know yet". So I had to wait for that test. I don't drink alcohol lucky they told me so when the test returned - I think I was under the assumption when you wake up all is well.  Its not so! The test was fine. Normal hospital eventually found a place for me after many discussions but it was clear mental ill patients who are physically ill are a pain in the butt! More stigma! I spend the entire time apologising over there.

I have also discovered NARCAN which seems to be what they give me for anything I overdose on with codeine in it, makes you chatty. ALL NIGHT. Sadly I don't remember who I have talked too or what conversations I have had online or on Facebook and then I wonder how come a few weeks later everyone knows I have overdosed again! I also seem to end up on some sort of drip that makes me pee all night and I can't walk properly so lucky nurse gets to listen to me all night and take me for 50 toilet trips. I kept apologising...

Its really tricky for me to get help as invariably if I am too depressed I will have a stint in a Psych hospital until medication helps the thoughts settle and my biggest fear in life ever is to be placed in a psych hospital.  It sometimes usually actually triggers me back to when I was abused in there. So I am lucky I do have a case manager right now that does everything to keep me treated on the outside.

I am not a person who will generally ask for assistance when I am suicidal because I always think it stresses people. so I have written plans my self, check lists of what I can do to help myself.
I fully believe I am the only one can change my thoughts.
Some of the things of my plan are to;

Call Psych team - last resort I always say but I am not coming in, they are great, they usually don't make me public psych is short staffed if they can treat outside they will.

Some facts, we lose more people to suicide in Australia than we do to road traffic accidents although lately in this town we are loosing a lot to accidents!

We need to ask others how we can help, what can we do?

As a community can we do something better?

I would also like to add that woman attempt as many times as men, there is much more focus on men attempting because they use and have access to more violent ways of attempting and are therefore more successful.

We need to focus on suicide as a whole on gender specific help.

Please note - I didn't type this for any pity.  I actually have a really blessed life I know that, I am lucky, I have a lot of gratitude, I am not happy with the attempts and I don't need to be told, I have enough people in my life already made me feel shame for each and every attempt.  I know what I nearly lost and I am not proud.  I am speaking on this day to REDUCE STIGMA. If you think I am a bad mother please know kids have a great dad who's never attempted. 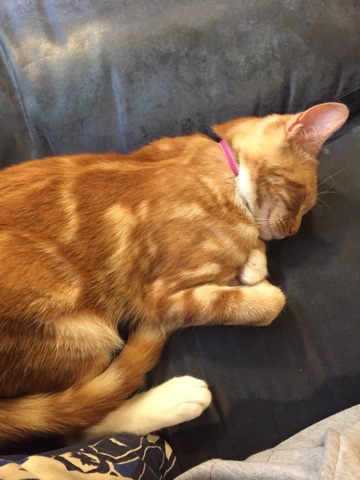